“Fashion is architecture: it is a matter of proportions.”

The Art of Haute Couture Concrete

Fashion, be it in architecture or in clothing is influenced by cultural and social latitudes. It mutates with the changing taste and situations in which it will be lived in or worn. Like liquid, fashion is the only state of matter with a definitive volume but no fixed form.  This fluid expression of fashion in architecture has been encapsulated in the smoky, free flowing exposed concrete surfaces used in the design and construction of Gaurav Gupta’s design studio and production unit.

The unfinished 5,000 sq ft of the existing building was remodelled into a 6,000 sq ft of studio space that included a showroom, production units, library, R&D areas and design rooms. To retain the animated fluid motion of liquid concrete, the construction work was largely executed with contractors and labourers who had never worked with exposed concrete before. This effectively led to finishes that were perfectly imperfect, unapologetically exposed and draped in their gravity-driven journey to become paralyzed in a state of flux. They are both authentic and humble at first glance and yet as mesmerizing to look at as a work of art.

There is a certain sense of tension in the surfaces of exposed concrete that ache for articulation. The bare white walls of the showroom and the curving walls of the adjacent trial rooms act as fine art medium for the fashion designer’s reflections. The globular ceiling light clusters supplement the gallery like presentation of space. Gaurav Gupta’s design philosophy is reflected in the lines and motions of fabric, experiments with texture and play with the three dimensions of embroidery. His style can be described as Future Primitive and the essence of it is infused in the building by placing timelessness over decay.

The architectural design borrows heavily from the damaged and dilapidated wooden houses of the Kashmir Valley. The broken cement flooring of the valley homes and the charred wooden posts that have been directly reflected in the flooring of the studio building and the tall wooden doors of the entrance gate. The grim, charged atmosphere and strong emotional stillness can be felt in the sombre facade that is a terse and vigorously expressive, but remains unnervingly silent.

A main feature of the building is the suspended cantilever RCC staircase, an element adapted from traditional Jaisalmer architecture. 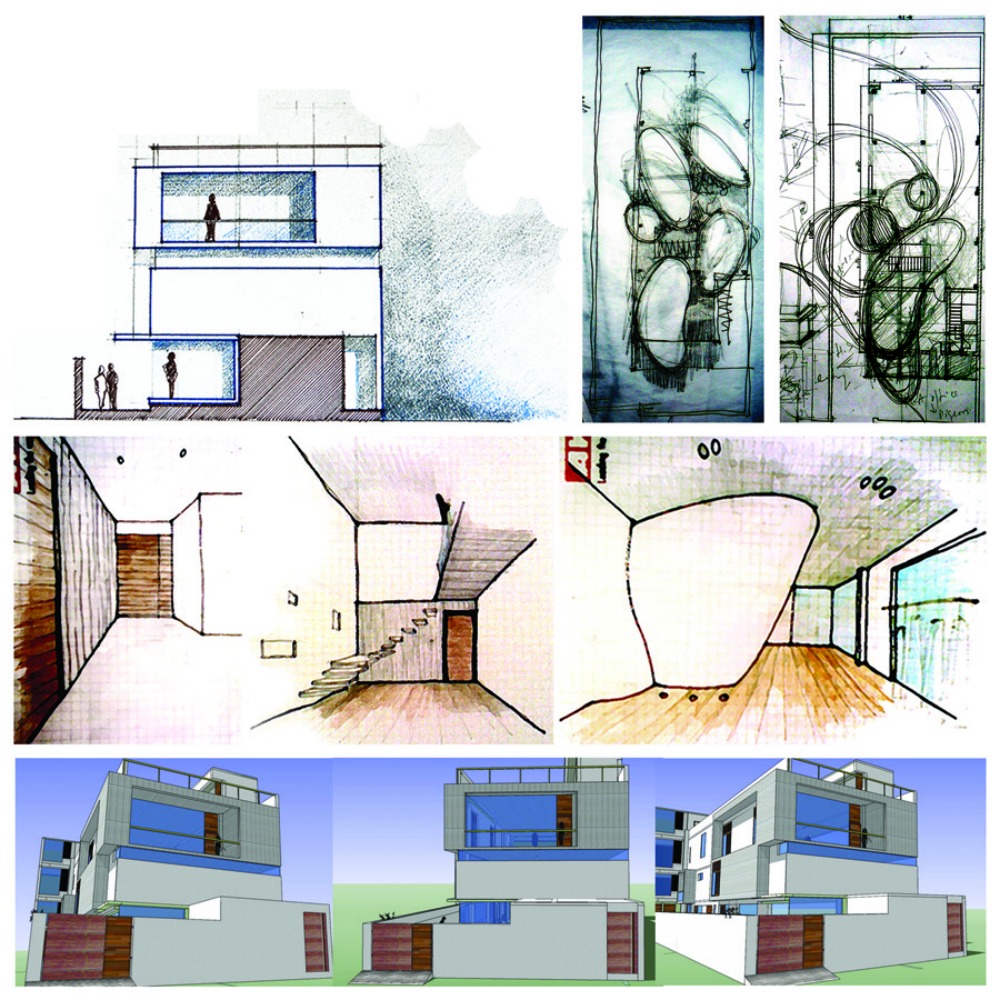 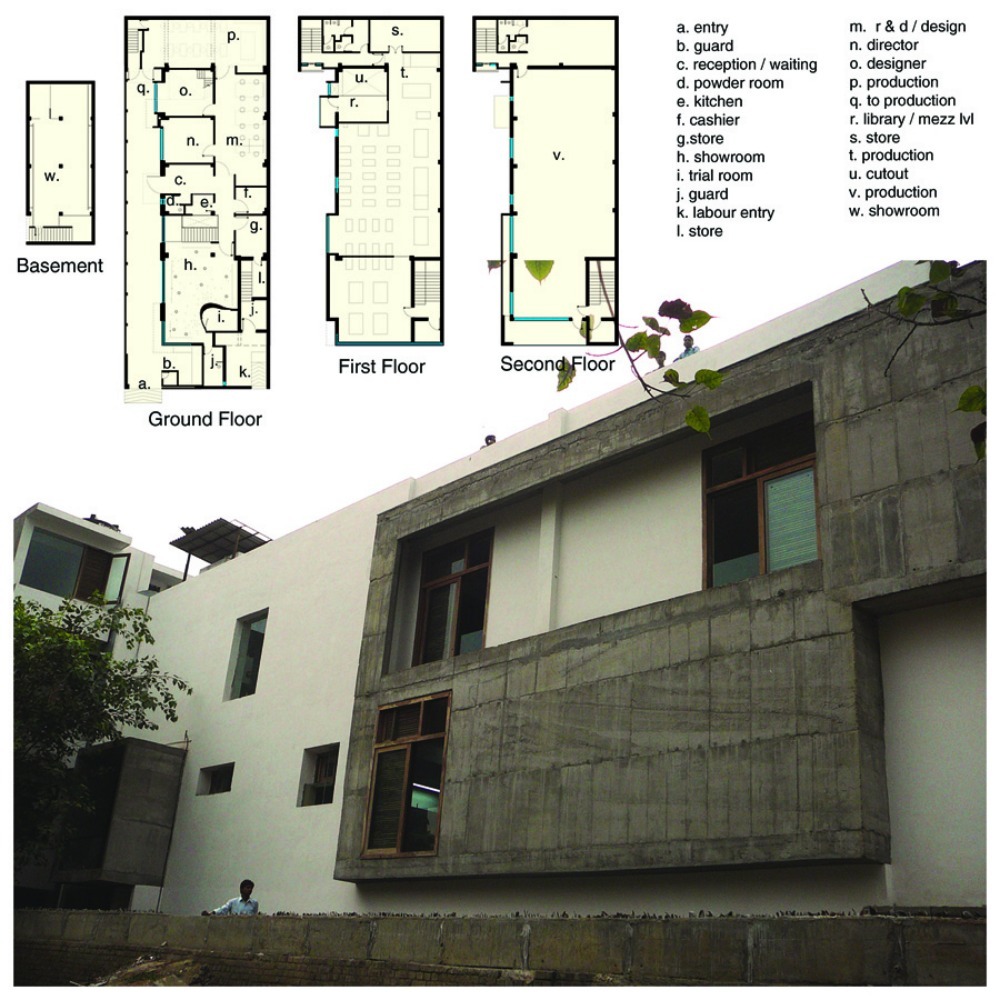 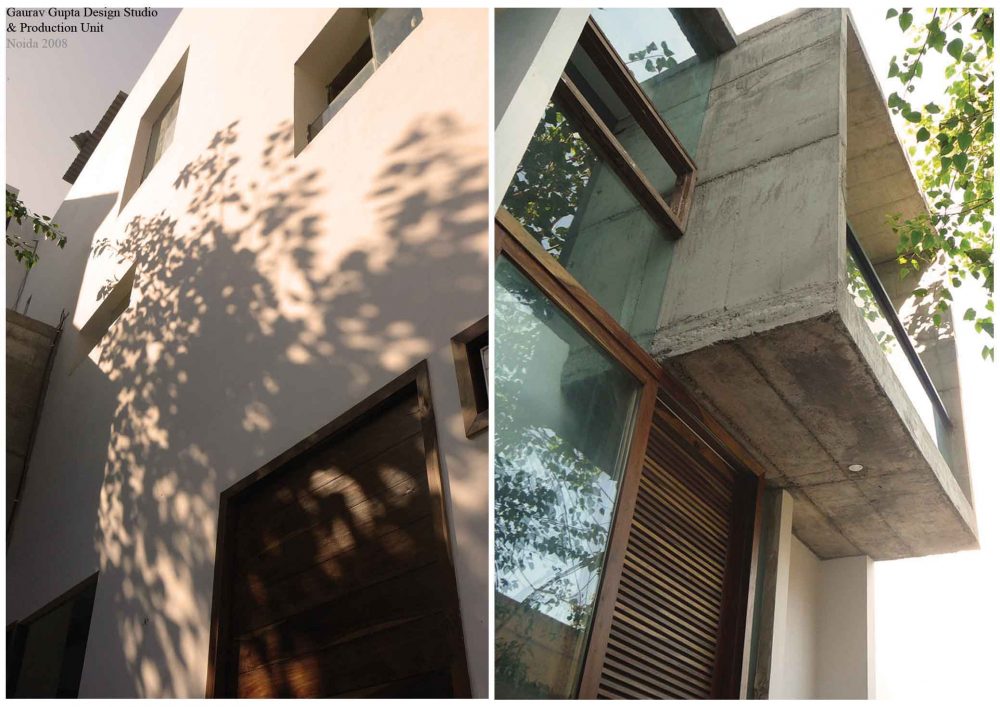 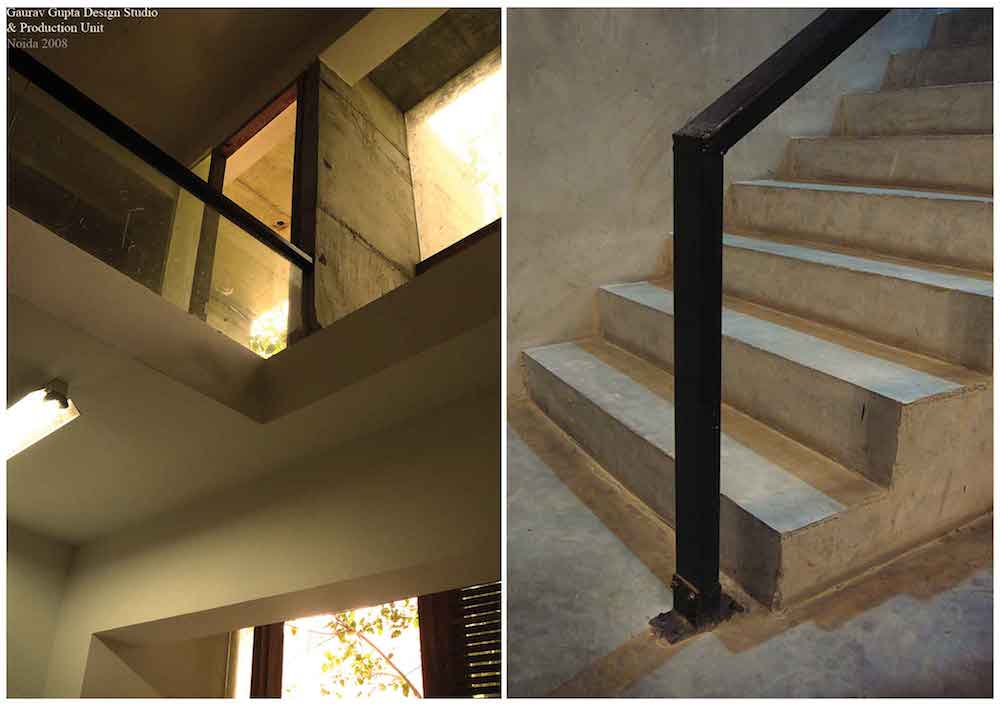 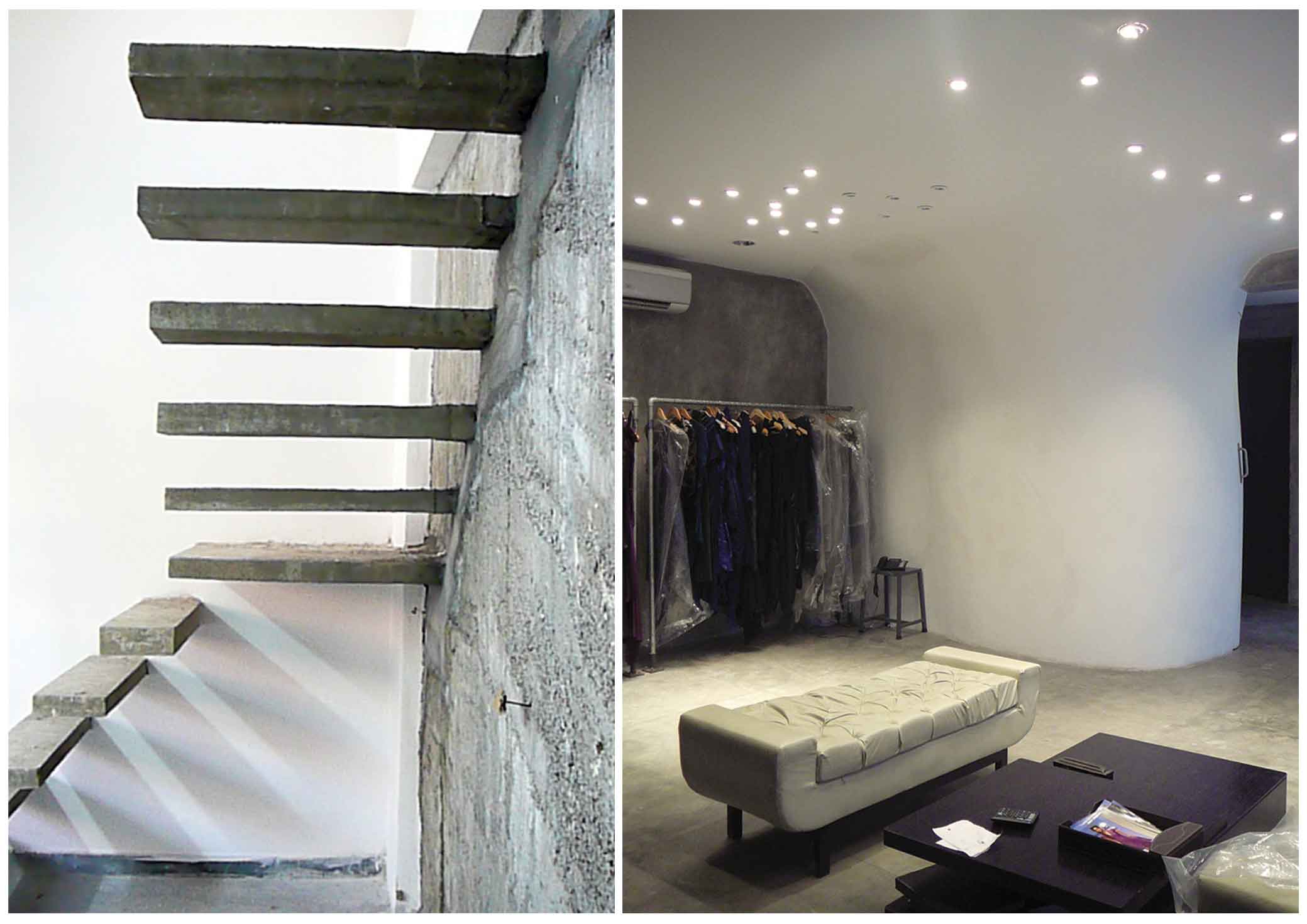 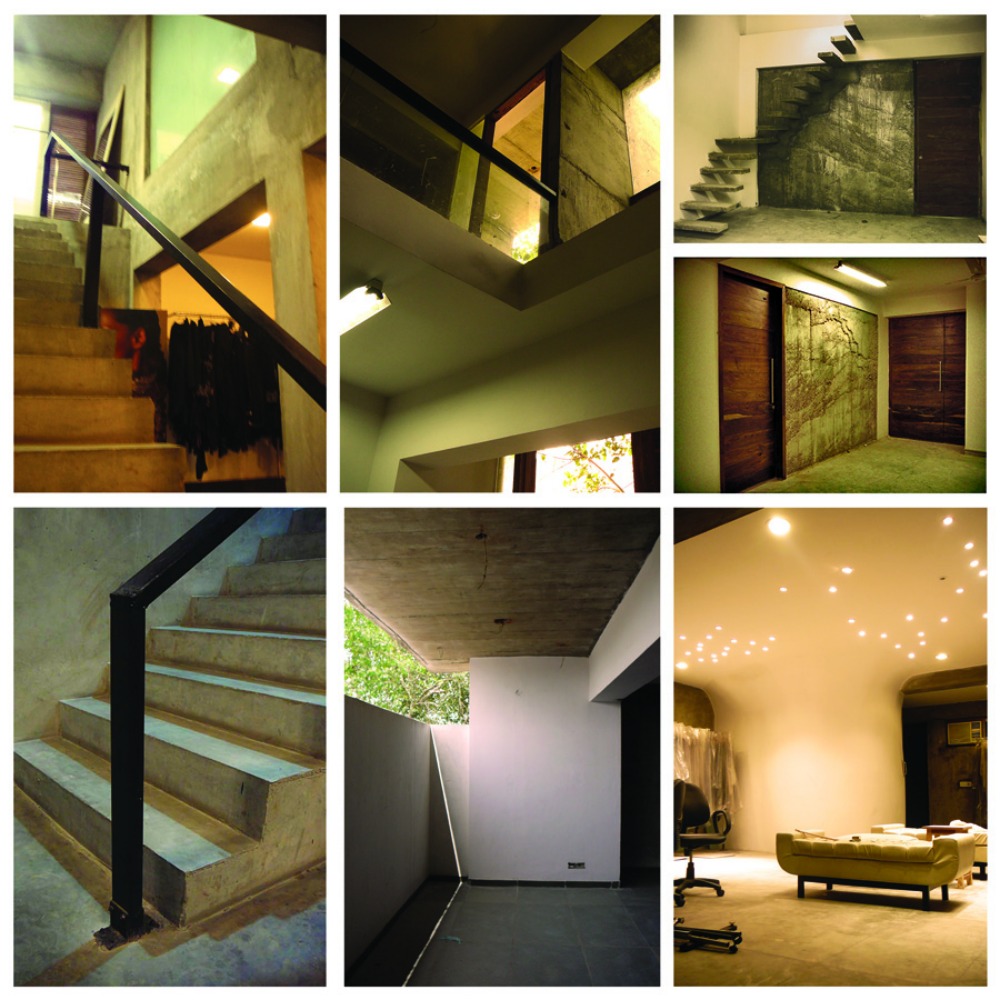